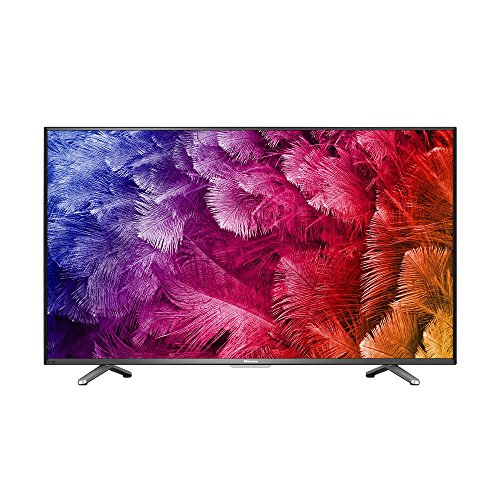 This TV is an entry level of Hisense 4K Smart LED TV lineup that was released this year. Although its price is pretty cheap (around $800), there is nothing cheap about this great 55-incher. It offers great features and performance, and includes several advanced picture technologies so the picture it produces is pretty great.

It has 2160p which is four times more pixels than common 1080p (Full High-Definition) televisions, so it will surely enhance your movie-watching experience. The Ultra Smooth Motion feature reduces motion blur while you are watching your favorite fast movie scenes or sports competitions.

It also boasts built-in WiFi so you are able to stream movies and TV shows, listen to music on Pandora, surf the Internet with Opera browser, and much more. Anyone who wants to experience watching a smart TV in a more fun and modernized way should at least take a look and consider the Hisense 55H7B2.

Picture Performance – Great for the Price

There is also uniform dimming technology for producing picture with deeper contrast ratio. These are just some of the technologies and features that support the TV’s performance, and make the picture produced by Hisense 55H7B2 look amazing for its price.

Furthermore, the colors on this TV are decent and accurate, and the contrast looks pretty strong as well. Just keep in mind, this is a pretty inexpensive 4K LED TV, so you can’t actually expect it to perform as breathtaking as some 4K TVs that cost $2000 and more. The black levels on this TV aren’t as great as with some high-end 4K televisions, but the TV is as good as other 4K TVs in this price range. If you want deep blacks, you will probably have to spend a lot more for 4K.

The included Hisense remote control comes with batteries and is very nicely laid out with four dedicated application buttons (Netflix, YouTube, Amazon, and VUDU). There are the usual assortment of volume, numbers, channels, app and a navigation ring, setting buttons. 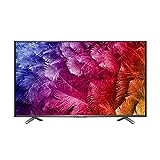 Quite surprising thing is the included liveTV button which comes in handy for going from apps or media devices back to your HDMI input. This is much faster than having to cycle through all the inputs. The surface, texture, and shape of the buttons and the remote feel comfortable in hand, and the overall design and the feeling of this remote is really nice.

Hisense also has a soft remote application that you can install on your smartphone. The app will immediately find the TV and provide you with great user experience with the advantage of a keyboard. That’s much better and easier than on-screen TV keyboards.

Finally, the Hisense 55H7B2 has a “Home” screen which provides access to the main groups of smart features. That layout is a very sensible way to group and to navigate things in a logical way.